Discover The US States With The Most Pests

Pests such as cockroaches, rats, ticks, and mosquitoes are not unique to New Jersey. In fact, they’re widespread across the US.

The US has a huge range of different environments with their own climatic conditions. And climate plays a large role in shaping the environment that helps pests grow and reproduce.

If you’re wondering how New Jersey stacks up against other states in the US, we’ve got all the information you need. We’ve studied the data that reveals that different states are hot spots for different pests due to a number of factors.

We considered many aspects, such as the number of pest control professionals in a state, the climate or average temperature, and the incidence of waste from the restaurant and food industry. We also factored in Google search requests for each pest and the number of landfills, fruit farms and other sources of food.

To start, take a look at a general overview over the US to find out about the most common pests, and where you’re likely to find them.

Which State Is More Likely To Have These Pests?

Tennessee is in first place, followed by Texas, and then Kentucky, while California and Mississippi share 4th place. Georgia is 5th, while West Virginia and North Carolina share 6th place. Louisiana follows in 7th, South Carolina and Florida in 8th, Missouri in 9th, and Alabama in 10th place.

California is the most likely to have rodents, followed by Texas and Pennsylvania, Illinois, Wisconsin, New York, Florida, North Carolina, Ohio, Indiana, and Massachusetts.

Factors that help mosquitoes to thrive included water areas, average temperature, and forests. In these areas there were also a high number of Google searches and companies offering pest control services. Kentucky is followed by West Virginia, Wyoming, Washington, Maine, and Florida. Delaware comes in 7th, then Tennessee (8), Arizona (9) and Utah (10).

The US states most likely to host pests overall are:

While New Jersey isn’t on this list that doesn’t mean that there are no pests here, so infestations are certainly not unusual. These are only the top states – and there are 50 in total!

Rats And Other Rodents

Rats can live anywhere that people live, but some states provide an environment where rats can flourish.

California holds first place. This is due to the state’s top rankings in landfill sites and the huge amounts of waste and trash produced.

In second place, Texas also has many landfills and high waste levels from restaurants. Additionally, the Lone Star state has high Google search volumes on how to eradicate rats.

Third place goes to Pennsylvania, with its high percentage of fruit farms. Where Are Cockroaches Common In The Us?

Commonly associated with dirty and unhygienic areas such as around restaurants and fast food outlets, cockroaches are most common in Tennessee.

The home of country music is a cockroach’s second-best entry to landfills. Also, Google search volumes in Tennessee are among the highest in the US.

Texas comes second as cockroaches love the state’s climate. Kentucky is another favorite state, which ranks 5th for the lowest income per capita. Low income is often a direct correlation with increased number of pests in the official data.

To sum up, the top  roach states are:

Ticks on domestic pets like dogs are common. But no one wants to get Lyme Disease, so it’s important to keep domestic pets free of ticks. Kentucky tops the list because of its average temperature, and the state is among the highest in the US for pet ownership.

Ticks also thrive in West Virginia in second place, as the state has a low number of pest control companies, allowing ticks to breed. Wyoming comes third as it also has a high percentage of pet ownership.

Where Are Mosquitoes Mostly Found?

Mosquitoes are most common in California and Texas, as the two states provide perfect access to forests and both have the highest search volumes on mosquitoes. Texas provides good access to plenty of water and warm temperatures ̶ perfect for mosquitoes.

Florida is in second place with its tropical climate and easy access to water and swamps.

The rankings for mosquitoes are:

Pests not only plague farmers by attacking agricultural crops, but they also bother humans, livestock and pets. Some can cause nasty diseases as well. A Note On Our Research Methodology

We analyzed many different sources of data in order to rank US states for pests. Data included climatic conditions such as annual average temperature, the number of landfill sites per state, percentage of households owning a pet, the number of pest control companies and data from the World Population Review.

Following the data collection, a ranking system was designed to determine the placement of states. An overall ranking column also helped us distinguish the top to bottom performers.

If you live in New Jersey you may not be in the state with the worst pest problems, but that doesn’t mean you won’t be affected. If pests are plaguing you, Twin-Boro can help. Contact us for professional pest control whenever you need us! Stats & Facts: Which US States Prioritize Home Maintenance The Most?
Our homes are our refuges, a place to retreat and escape the chaos and craziness...
Read More 11 Interesting Facts About Stink Bugs
With the warm weather winding down and the colder months closing in, now is the perfect...
Read More 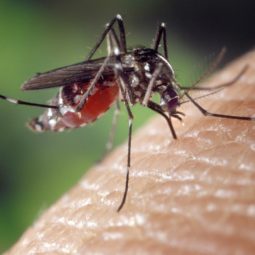