15 Fascinating Facts About The House Mouse

During the spring and summer months, you may have an unfortunate interaction with that common household pest, the mouse.

Mice and rats can cause a huge upset as they have the potential to be destructive, unsanitary, and annoying. But when they’re not being a nuisance, mice are actually rather fascinating and have acquired traits that help them to adapt and survive in your home.

Here’s a list of all the facts you should know about mice.

#1. Mice Are Very Good At Breeding

Have you ever felt like you’ve handled your mouse problem, only to find more mice scurrying about a few weeks later? You may feel like you’re going crazy, but it’s not you – it’s them. Mice reproduce at an alarming rate and can have a litter of up to 16 pups. One female mouse can have up to 10 litters a year, that’s over 100 pups!

Once a baby mouse is born, it will be of reproducing age at around 6 weeks to 10 weeks. Altogether, a pair of mice and their babies can make over 8000 new mice in a single year. You’d think it’s because their lifespan is short, but a mouse can actually live up to 2 years old, which is far older than other common pests.

With all the breeding going on, it’s evident that mice not only mother their pups but also make safe and secure nests to ensure the survival of their babies and themselves. This skill is ingrained in their DNA, literally.

Building a nest comes naturally to these creatures, which is why they can breed and nest pups at only 6 weeks old. Scientists have even found that when a litter of mice is separated from their parents or older mice from birth, they will still follow the same nest-building techniques as their predecessors and make it exactly the same.

#3. Mice Can Fit Through Anywhere

You may be familiar with a mouse’s classic disappearing trick. One minute they’re there in plain sight and the next they’ve vanished.

The truth is, mice can fit through the tiniest holes. They can even squeeze through a hole that’s half their size, sometimes being as small as half a dime. That’s why it’s so easy for them to enter and escape your home. These holes may appear unnoticeable to the average eye, which is why a professional is always the best solution. They’ll be able to determine the mouse entry and escape routes and fill it up with caulk.

#4. Mice Talk To Each Other

Another big contributing fact to a mouse’s survival is the way they communicate with one another. A mouse talks to another mouse through sounds, body language, and odor. This becomes of use for breeding and survival. They can also communicate all sorts of emotions to fellow mice such as pain, nausea, fear, disgust, and pleasure.

The sounds a mouse makes for communication are often ultrasound noises, so humans won’t be able to hear them. When you do hear a mouse squeak, it’s because they are trying to show other mice that they have discovered food, water, or shelter – so they are actually looking out for one another. It’s only fitting that a group of mice is referred to as a “mischief of mice”, due to their notorious habit of damaging everything they touch. If you’ve ever experienced a mouse problem, you’ll know how much trouble they get up to when no threats are around. When the cat’s away, the mice definitely play – which can result in millions of dollars worth of damage. You’re not alone, as rodents may be the most popular form of pests and infest around 21 million households in the US alone.

This is the main cause of all the damage that can be done by a rodent. Those two long front teeth actually never stop growing, which is why they are so powerful. A rodent’s teeth can grow 0.3mm per day, so they have to chew constantly in order to stop their teeth from growing too long.

The incessant chewing is what causes all the damage you may experience with a rodent infestation. Mice can chew through any material including cardboard, plastic, and even electrical cables.

#7. Some Mice Can Shed Their Tail

Another survival technique the Wood Mouse has evolved is the ability to shed its tail when in danger. The tail can be quite a vulnerable place for any rodent, as it may be the last thing to follow when utilizing an escape tunnel.

Luckily for the wood mouse, they can simply shed their tail if the situation is dire. This can only be done once in a lifetime, as the tail doesn’t usually grow back, which can majorly affect the mouse’s day-to-day life.

The three blind mice weren’t alone; it’s actually a common trait for mice to be almost blind. The reason why they are nocturnal is that they actually see well in dim light due to their color blindness. They see color the same as someone with red-green color blindness.

#9. A Mouse’s Other Senses Are Incredible

To make up for the poor eyesight a mouse has some extremely impressive hearing abilities. They can hear and often communicate in ultrasounds of up to 90kHz. Their whiskers also help them to navigate with precision as they can sense breezes, surface textures, and temperature changes.

That might be a bit of an exaggeration, but mice are known to be able to sing a tune. This makes them one of the four mammals that can hold a note along with whales, bats, and humans. The male of the species will use this singing ability to court a female mate. The songs will be in ultrasound, so unfortunately a human can’t listen.

It’s no wonder that these pests are known as acrobats. Mice have some impressively nimble skills that help them to survive in any environment. It’s all thanks to their tails, which give them excellent balance making it easy for them to travel across wires or ropes. They even have the ability to jump a foot high and they can run 7.5 miles an hour, making it incredibly easy for them to jump onto counters and get into high cupboards. If you don’t seal your food tightly, don’t think the cupboard height will stop them. Everyone knows that mice are pretty insistent on getting into your food supply, which is why mice are commonly found in the kitchen or near dumpsters. The tiny creatures eat a fair amount for their size and this is because they expend a lot of energy. They are constantly on the move with jumping, running, building nests, or chewing – a mouse’s schedule is pretty packed and they need the energy to keep them going.

#14. Mice Will Leave Tons Of Droppings

If you have a mouse problem, you’ll have a droppings problem too. These guys aren’t shy about doing their business anywhere and everywhere and they’ll produce around 40 to 100 droppings a day. This isn’t surprising considering how much they eat. It’s no wonder mice are considered the most unhygienic pest, as they don’t only leave droppings but they will also mark their territory with urine. These rude bathroom habits are what make the rodent the pest that spreads the most pathogens, and they can be a serious health hazard.

There’s a reason why a rodent problem is the first warning sign for an unhygienic kitchen. If there are mice or rat droppings in the kitchen, it’s likely the food has been contaminated by the rodent which can cause a number of diseases such as Hantavirus pulmonary syndrome, and Lymphocytic choriomeningitis (LCM), Salmonellosis, Leptospirosis, and Tularemia. The CDC has warned people that rodents are responsible for over 35 diseases worldwide, with these ones being the most prominent in the US.

Although they are fascinating little animals, a mouse problem is not something to take lightly. If you are experiencing a rodent problem of any kind, you should immediately contact the professionals at Twin-Boro for the safest and quickest solutions. 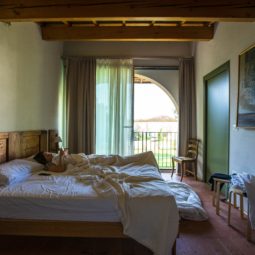 Incredible Facts About The Humble Centipede
Centipedes are probably one of the least annoying pests you’ll come across. Although...
Read More